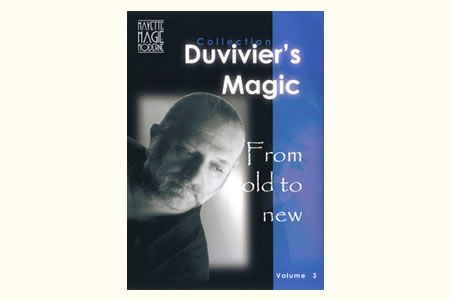 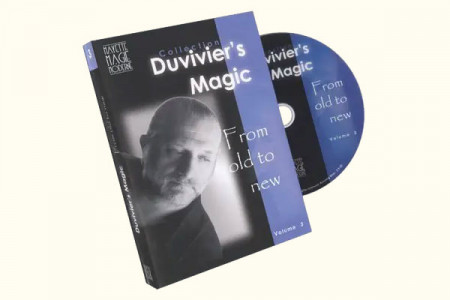 - 4 Aces As White As Snow Photomaton

-Coins Into The Glass

Some pictures for Photomaton 21 Cards Trick.

Dominique Duvivier is already considered a legend by his peers. A self-taught man, his magical background is out of the ordinary: he is an amazing inventor (he has created thousands of tricks and groundbreaking sleights), the founder of Paris's famous Magic Pub/Cabaret, The Double Fond, and the owner of the oldest magic shop in the world, Mayette Magie Moderne (founded in Paris in 1808). This passionate man is also a relentless worker, who never stops pushing the envelope of the Magical Art.

This new DVD series offers the best of Duvivier's Magic, including many secrets revealed for the first time! Unbelievable effects, devious methods and subtleties designed to make people dream and laugh! A different approach that turns magic into a way of life!

Imagine a man whose aim in life is to help others lose their understanding of the world for a few moments, that man is Dominique Duvivier.

My friend Dominique is like the spider; he spends his days spinning a powerful, but invisible web of secrets and mysteries.

Being trapped in his web is a privilege - he has been watching you with his 100 eyes, knowing what you will think, understanding your next move before you do.

He decieves you with his eight arms, reaching around the things you know and believe, approaching you fromevery side at the same moment.

And when he goes in for the kill, there is no use in struggling, you will be fooled.

You would be wise to be a little careful, smart to be a little affraid and correct to be very thankful that he chooses to share some of his deadly secrets with the rest of us.

You can find this magic item in :

The Very Best of Father Cyprian