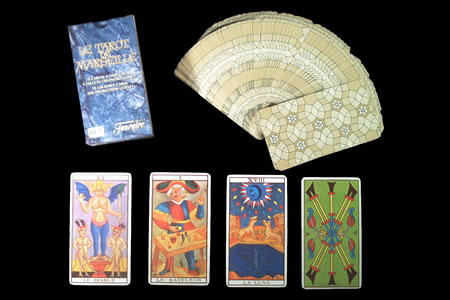 There have been numerous studies and as many other theories about the orgin of the tarot, although all of them lose themselves as in a dream and as it should be, from part of the path and its "secrets".
The Marseille's Tarot, like any other tarot pack, consists of a total of 78 cards, 22 major arcana and 56 minor arcana.

Delivered complete with instructions in three languages (including english).
Return to the catalogue