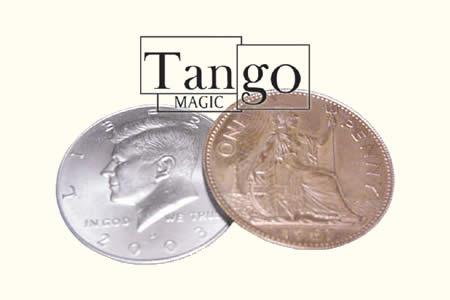 The magician shows two coins; a half dollar and an english penny, and places them on a pad or tablecloth. He then waves his hand over them for but a second and uncovers them only to find one coin! When he lifts the pad/tablecloth, the english penny is revealed!!
Return to the catalogue