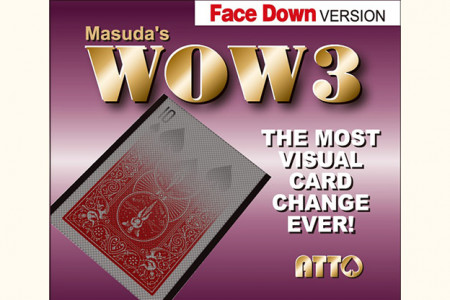 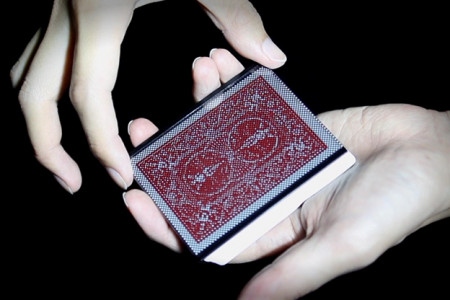 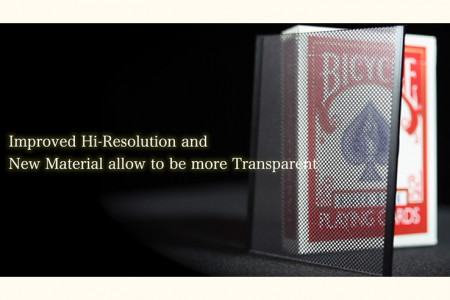 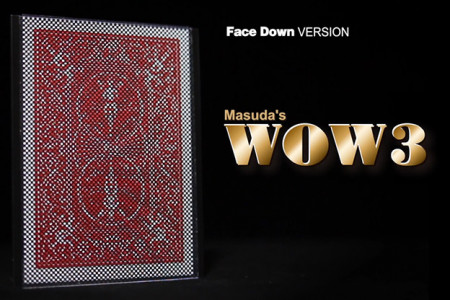 The Features of WOW 3:

In pursuit of stylish design, bezel on the both sides of WOW 3 became ultimately thinner than ever.

"WOW" has been loved by magicians all over the world. But WOW 3 has evolved much further!

It's time to get WOW 3 to experience the evolution!

This can be used as a perfect climax for the famous effect 'The Ambitious Card' in which a marked playing card returns to the top of the deck after being placed elsewhere in the middle of the deck.

Place a translucent plate on the top of a deck to make sure the cards cannot be replaced.

Place a marked card in the middle of the deck.

Shake the deck. The marked card slowly rises to the top.

It looks as if the card is slowly rising up to the surface of water, and the visual effect is almost like computer graphics.

Pick up the translucent plate to show the marked card is actually on the top of the deck to finish the performance.