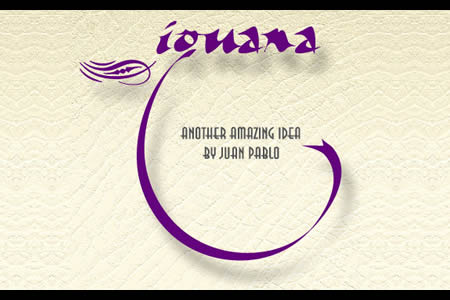 A card is randomly selected and signed by a spectator.
The magician asks that the card box be signed as well and returns the deck with the signed card to the box.

Then the magician quickly covers the deck with a silk, pulls it back to reveal that the box is gone, leaving only the cards behind.

Upon closer inspection the signed card has vanished too!

The magician produces a card box from his jacket and it has the spectator's signature.

Opening the box, a single card is found inside which happens to be the signed card!

Iguana is a new tool that will allow you to perform close-up, parlour or stage magic with a lot of different props.