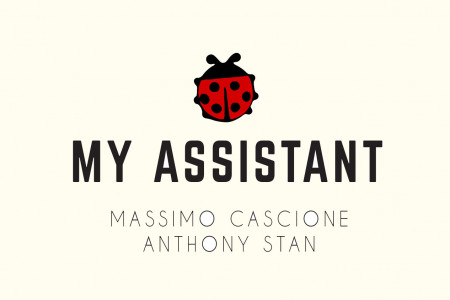 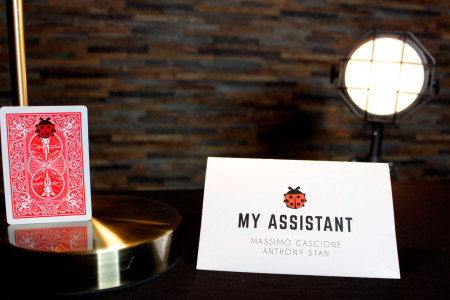 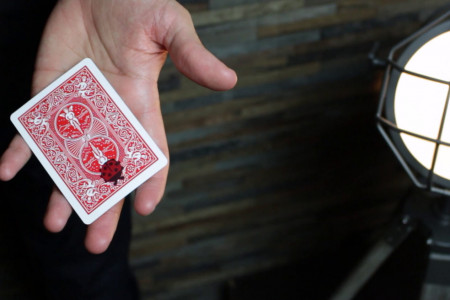 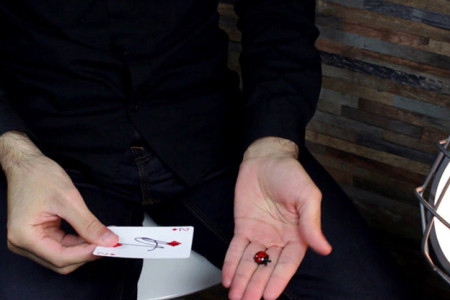 Imagine being able to throw a little ladybug INTO a playing card. It is now possible with My Assistant.

My Assistant is a great multi-phase card routine that you'll love to present. A card is freely chosen and signed by the spectator, then lost in the middle of the game. A random card is inserted into the deck but remains visible and you introduce a little ladybug as an assistant to find the chosen card. The ladybird is thrown and visually enters the card by being printed on it.

My Assistant can be customized with other small objects (dice, coins, banknotes, figurine, ...). To do so, you will have to stick a small sticker (not provided) of the desired object on the gimmick card. Once you know the method, the only limit will be your imagination!

Online explication in English and French
Return to the catalogue

Doves on sword in glassy cube