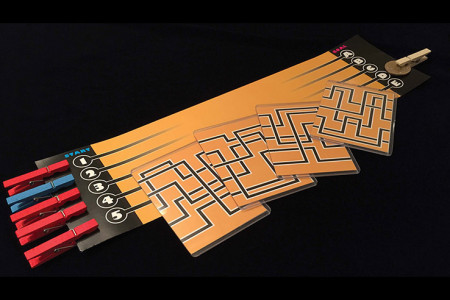 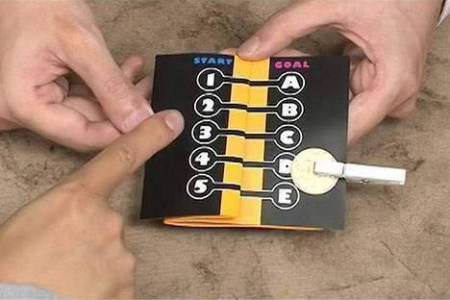 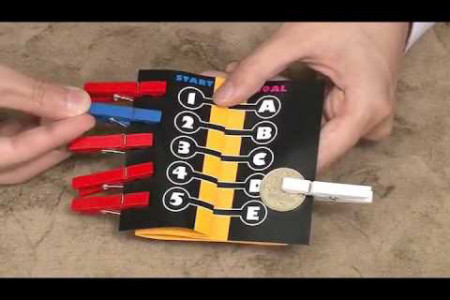 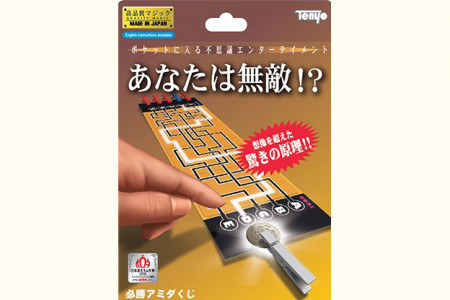 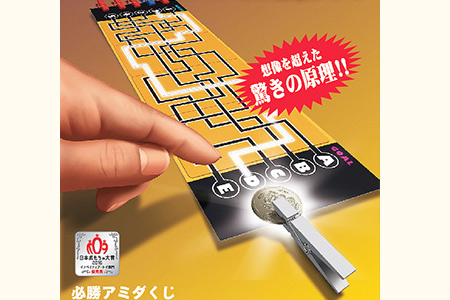 Next, the spectator freely mixes four maze cards that show many random paths. The magician allows him to arrange the maze cards in any order, orient them in any direction he wishes, and place them onto the pathway sheet. When each of the pathways is followed, all four of his chosen paths end up as losers. The only pathway that leads to the winning goal belongs to... the magician!

Everything in this game seems to be utterly in favor of your spectator, yet you win one hundred percent of the time. This is a dream come true for game-players around the world. The secret to this trick lies in a clever mathematical principle developed by Tenyo. Recognized for its deceptive and fresh concept, this trick was awarded the Medal of Excellence in the Innovative Toy division at the 2016 Japan Toy Fair.