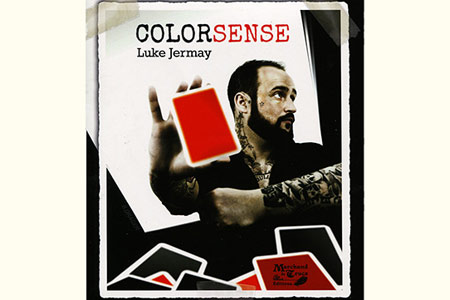 One of Luke Jermay's highlight effects is finally available in its newest version.

The mentalist/magician take a deck of cards, explaining that they are used during Psychology Tests in order to develop and determine special, hidden abilities.

The mentalist/magician holds the perfectly equalized** cards, closes his eyes and positions his open palm over the top of the deck; no one can see the color of the card's face. After a moment of concentration, he announces the color of several cards. When it is checked, the audience can see that the mentalist/magician was correct. He then hands the rest of the shuffled deck to someone new. When the spectator is convinced that the cards are well shuffled, again, the magician recommences the process. The magician/mentalist guesses the colors of the remaining cards, one by one, each verified by the audience to be the correct face color selection.

Bonus:
-No mirrors or magnets
-No wax or chemical products
-No wires or drawing/printing
-No installation or counting necessary
Return to the catalogue