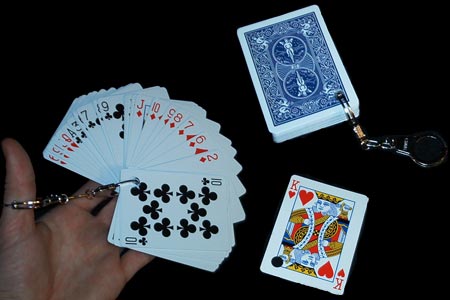 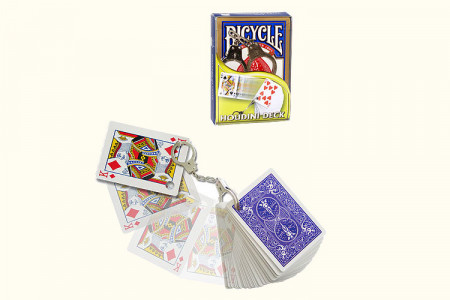 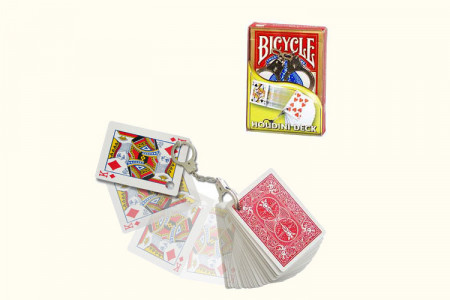 You put a deck on a table. Don't say a single word. For the first time, the deck will allure everyone. Indeed, there is a hole in the deck and in the card guard.

A padlock is attached to the deck. So ask a spectator to open it, to put the cards out of the card guard and to shuffle the deck.

Retake it and display it faces up to show the spectators that it is a normal deck. Then return the cards.

A spectator chooses a card, watch it, and replace it in the deck. Ask him to shuffle again, and to replace the padlock on the deck.

All the cards are now prisoner of the padlock. Including the chosen one. Noone know where is the card in the deck.

The spectator can verify that his card is still here.
Then ask him to hold the padlock.

You borrow a handkerchief an dyou place it on the spectator's hand, the padlock and the cards. You show your empties hands and after a few seconds, you put a card out. This card is intact ! And you place it face down on the table.

The spectator himself reopens the padlock, and deals the cards until he find his card. Of course, his card is missing !

So invite him to tell what was his card and to return your card. This is effectively the CHOSEN CARD !!!


Return to the catalogue