The Handbook of super powers (A. Mayne) (Andrew Mayne) 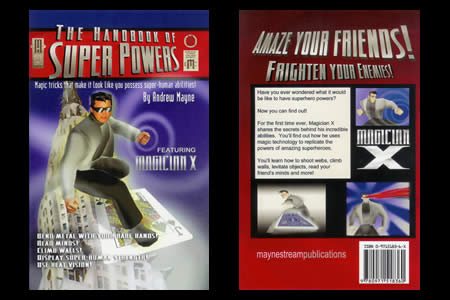 Written as a Comics, this book takes back some of the most famous powers of the super heroes and over all it learn you how to perform them.
So be stronger than ten people as Superman, throw spider webs as Spiderman or transform what you touch in ice as Iceman…